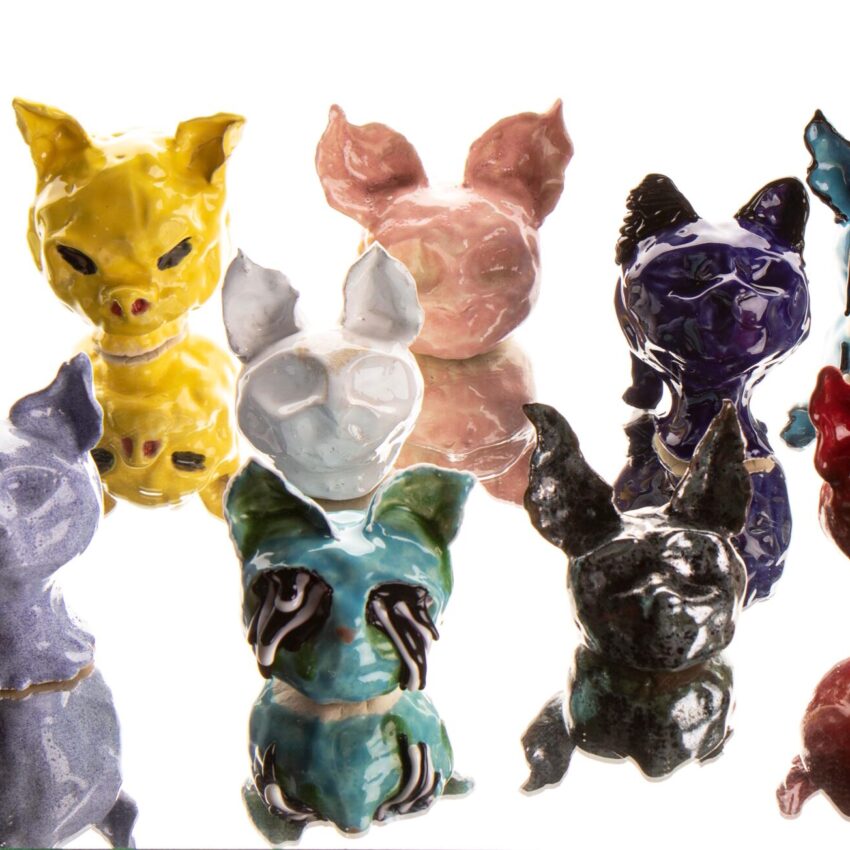 Maya Deren kept cats and named them after vodou gods and many of these cats hated each other. Ghede and Erzulie had the run of the house and the others had to be locked up in rooms and behind fences. (from: The Legend of Maya Deren, A Documentary Biography and Collected Works, Volume + Part Two, Chambers (1942-47), Veve Clark, Millicent Hudson, Anthology Film Archives (Eds.), 1988)

The Private Life Of A Cat is a film by Alexander Hammid and Maya Deren. It shows a day in the life of a cat, filmed from a cat’s-eye view. This film was circulated in two versions: a silent version without narration and a longer sound version with a narration read by Maya Deren (1949) this version has the following prolog:

„This film is dedicated to cats. Not in grateful recognition of services rendered, for they neither lend themselves to our sport, nor provide us with material benefits, nor (..) master, they live in friendly, independent equitable peace with man. For this rare talent, which man himself labors to achieve, we pay them homage.“